Solemnity of the Immaculate Conception 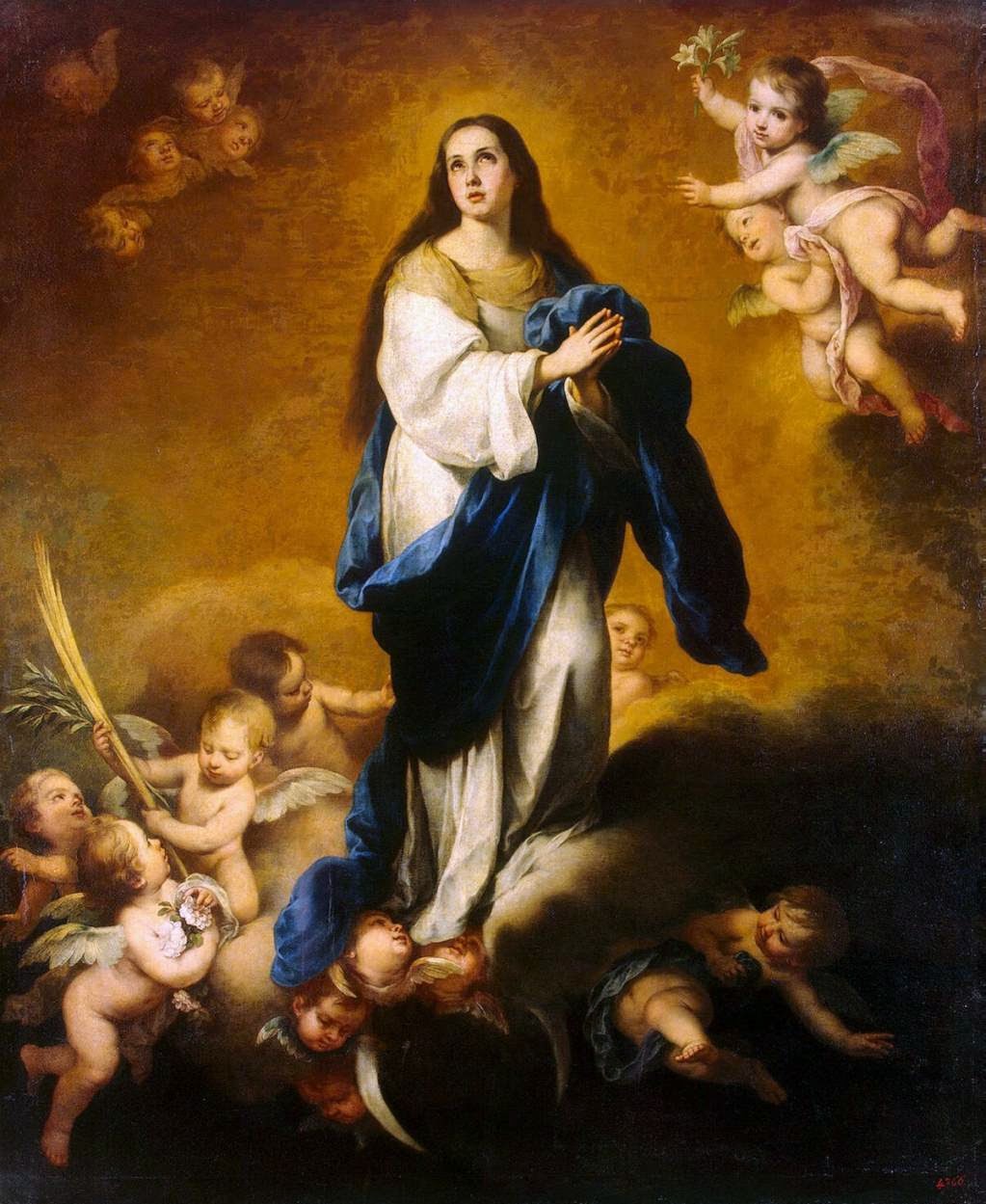 December 8th is the Solemnity of the Immaculate Conception, a Holy Day of Obligation in the Catholic Church.

The Immaculate Conception is an often misunderstood concept.  Many think that it has to do with Jesus’ virgin birth.  In reality, it has to do with Mary’s being conceived from the first moment of her being free from original sin.  We are all born in a state of lacking sanctifying grace – in a certain estrangement from God.  Not so with Mary.  From the first moment of her existence, Satan had no dominion over her.
One way that I have heard it explained is like this: if you could create your own mother, wouldn't you create her as perfectly as possible?  Of course.  And Christ was the only individual ever to have the ability to do so.  So from the moment of her conception, he freed her from any stain of Original Sin.  After all, how could the one who bore in her womb the Son of God have anything to do with sin or fallen-ness?

Reflections on Mary as Conceived without sin sprung, like many Church beliefs, from liturgical practice and popular devotion.  Around the seventh century, feasts of Mary’s conception were being celebrated, and titles such as “all-holy” and “all pure” were being attributed to her.  It was these liturgical reflections that deepened the Church’s conviction that God had indeed revealed to his Church that Mary was without all stain of Original Sin.

It was on December 8, 1854 that Pope Pius IX exercised the gift of Papal infallibility in defining as a Dogma of the Faith the Immaculate Conception of Mary.  In the Apostolic Constitution Ineffabilis Deus he stated that

We declare, pronounce, and define that the doctrine which holds that the most Blessed Virgin Mary, in the first instance of her conception, by a singular grace and privilege granted by Almighty God, in view of the merits of Jesus Christ, the Savior of the human race, was preserved free from all stain of original sin, is a doctrine revealed by God and therefore to be believed firmly and constantly by all the faithful.

Notice that this grace of being preserved from Original Sin is in view of the merits of Jesus Christ.  Mary declared herself that “My spirit rejoices in God my savior.”  She did not merit this on her own, but through the anticipated merits of Jesus Christ’s redemptive death and resurrection.

O Mary, conceived without sin, pray for us who have recourse to thee.
Posted by Deacon Dennis Stolarz at 9:59 AM

Promote Your Page Too

Got a Question about Catholicism??