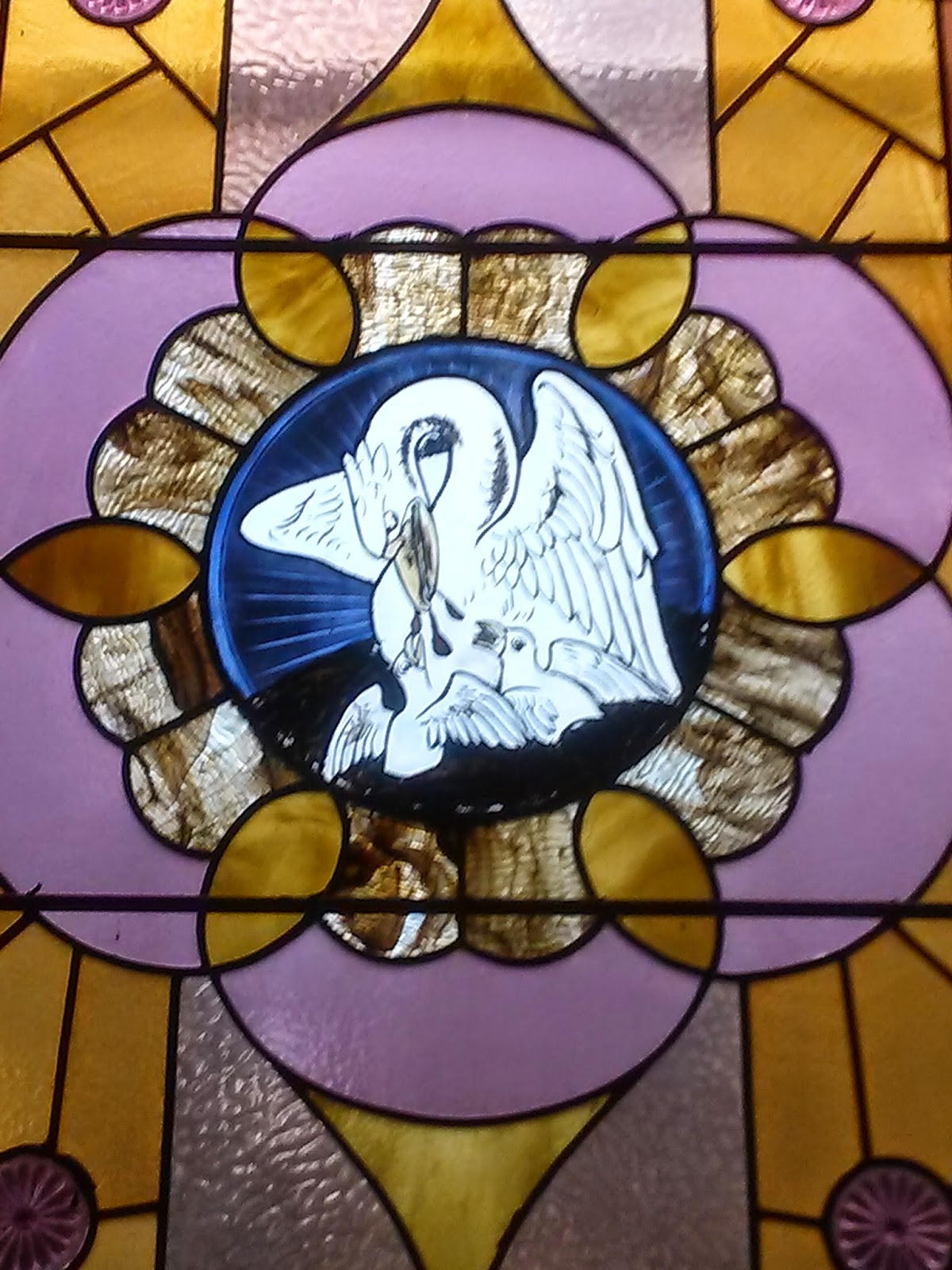 Have you noticed this stained glass window in the Church? It's the image of a pelican feeding its young with its own blood.

Fr. William Saunders writes about the Christian symbolism of the pelican HERE.

The image is rooted in a pre-Christian legend.


He explains the Christian significance of the legend:


The pelican symbolizes Jesus our Redeemer who gave His life for our redemption and the atonement He made through His passion and death. We were dead to sin and have found new life through the Blood of Christ. Moreover, Jesus continues to feed us with His body and blood in the holy Eucharist.


The pelican, wounding itself to feed its young with its own flesh and blood is a beautiful symbol of Christ who feeds us with his own flesh and blood in the Eucharist.  This Christian use, going as far back as the second century, was used throughout the centuries.  St. Thomas Aquinas employed the imagery in his Eucharistic hymn Adoro te Devote written in the thirteenth century:


Like what tender tales tell of the Pelican
Bathe me, Jesus Lord, in what Thy Bosom ran
Blood that but one drop of has the pow’r to win
All the world forgiveness of its world of sin.

The pelican is even mentioned by Shakespeare:


Shakespeare (1616) in Hamlet wrote, "To his good friend thus wide, I’ll ope my arms / And, like the kind, life-rendering pelican / Repast them with my blood."


Therefore, the image of the pelican is a strong reminder of our Lord, who suffered and died for us to give us eternal life and who nourishes us on our pilgrim way with the Holy Eucharist. May that image move us to show the same charity and self-giving love toward all.

Promote Your Page Too

Got a Question about Catholicism??